Plzen, a city of around 200,000, dates back to the late 13th century, largest central square (namesti republicka) in Czech, noted for creating pilsener beer made by Pilsener Urquell (and multiple other brands including Gambrinus) plus Skoda steelworks and train, trolleybus, tram manufacture – massive area.  Culturally and artistically the city impresses, rich in both with many galleries, traditional restaurants, public art and typically bohemian structures being restored to their former glory.

Since their period of oppression (2nd WWar to 1989 when Russians left) photos and word-of-mouth indicates to me the cleanup and progress has been massive.  Even though no-one would have liked to be in the Czech’s shoes during this period, it does seem to have given them great drive to achieve, what could be seen as an advantage in Europe … they are not just working for money, but also to prove what Czech can achieve, how productive they can be and how strong a culture they have.

The photos are of some of the public art seen in Plzen.  The first of these shows a very grey and dark piece representing the oppression during the period mentioned.  The three gold plate pieces which follow are all in the main square and represent the camel, the greyhound and the angel ….. all in the Plzen coat of arms.  Comments for the rest are with the photo. 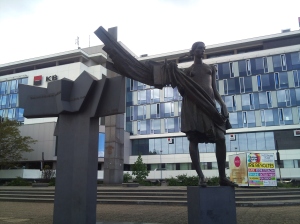 1945 and 1989 monuments – strong statements of the greyness and oppression of that period. 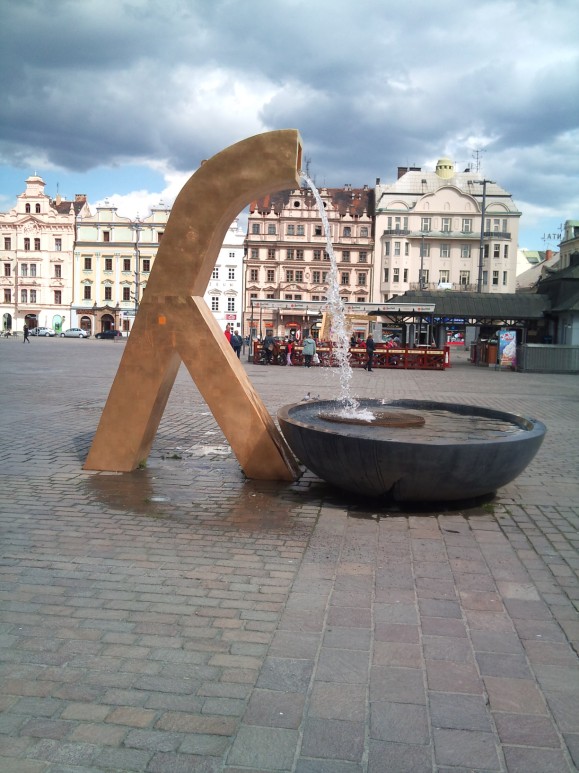 Plzen – the camel, the saint & the dog. On all three pieces the dimpled affect gives life to the steel.

Plzen parkart seat. Bright and colourful – has a wonderful affect on the ambience of the park.

Plzen stack. Using extinct industrial pieces as landmarks and establishing culture – it says this is what we were but “no longer”.

140514 Cerny Europa. Like all his work this piece makes a strong statement – this time about all of Europe. Worth studying…. in Techmania. 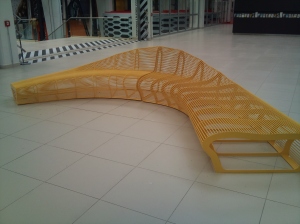 140514 Techmania seats. Colourful and soothing – would look good in a large park. 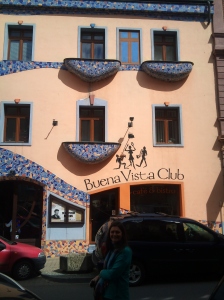 140514 Tile mosaic. These mosaics look like baths attached to the wall, are distinctive and creative.

140510 Plzen book of letters. With so many languages spoken in this hub of Europe.

140510 Plzen worker. In the railway station. This bronze piece makes a strong statement about time and place.

140510 Plzen – in synagogue. The piece perhaps says how the cogs of the mind are affected in the times of persecution … the jewish sector has been horridly dealt with several times in Plzen

140510 Plzen – in synagogue. Pushing up hill! a strong statement, bronze and limestone.